Hi, and welcome to my blog. With the majority of my photography devoted to scenic and wildlife, I love sharing favorite places with others, and especially the stories beyond the photographs (both my own as well as other photographers). Nothing is more fun than a discussion about a favorite place, a memorable nature experience or a chance wildlife encounter.

In the end, it's usually the story about how the photograph came to be - what was happening at the time, the struggle it took or sometimes just the happy coincidence of everything coming together in one magical moment. Photography for me is about discovery. Some places I've been to only once. More often, I return to favorite spots to explore and to know a place deeply. So, please share your favorite places and your own memorable experiences!

So, when you're 800 feet above Lake Powell, Arizona with a 50mph wind whipping, an SUV makes a pretty decent windscreen. There's something to be said for smaller cameras, too!

Join me for an interactive course in January 2023 at the world renowned Morton Arboretum in Lisle Illinois for an interactive journey into the black & white landscape. The course, entitled "Landscapes in Black, White, and 50K Shades of Gray" is perfect for photographers at all levels of proficiency.

This course features classroom and field sessions, during which you will learn and practice photographic concepts including: 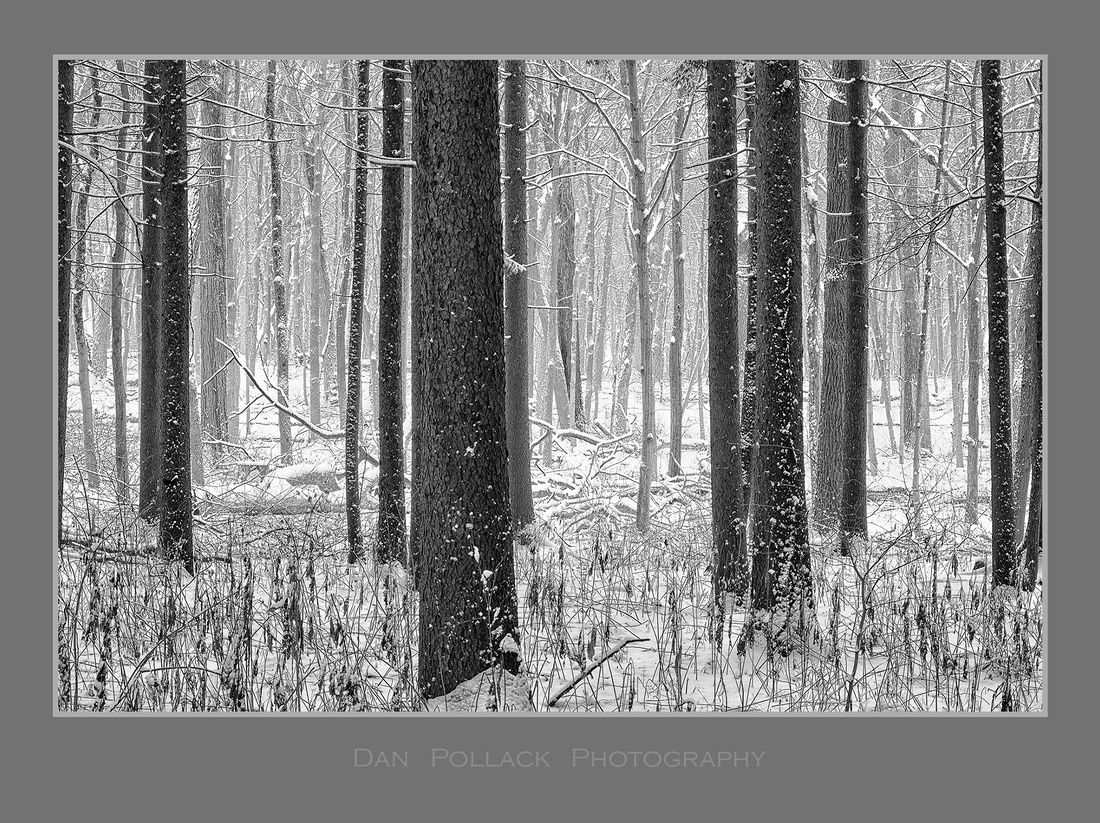 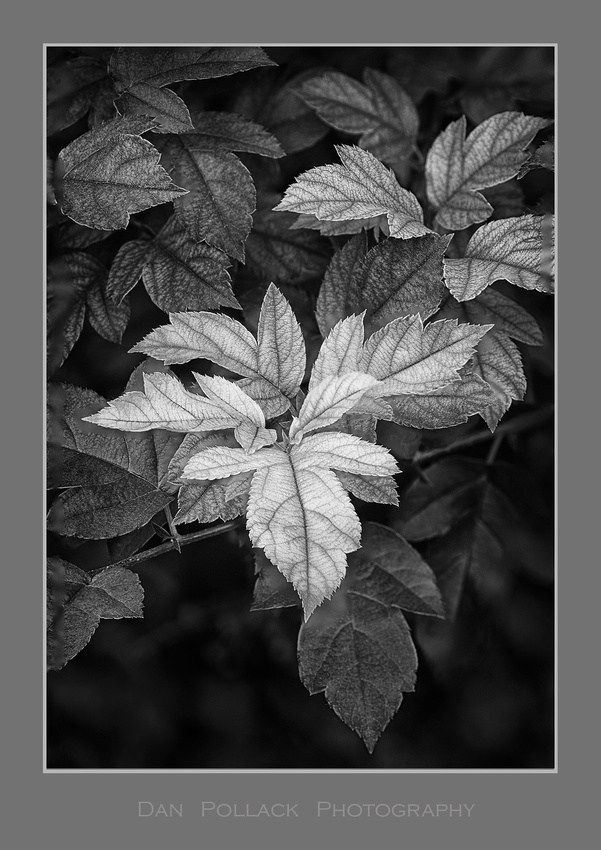 Short Trips - Short on Time But Well Worth the Effort

Sheryl and I found ourselves wanting to take a lengthy, nature-seeking trip, but could only afford a week this fall. With a couple of other future trips in the plans, we decided to head out to the Black Hills of South Dakota. We've driven right through them on I-90 on several previous trips, but never made a point of stopping. Within those few short days, we visited Spearfish Canyon, Custer State Park, Mt. Rushmore and Badlands National Park - all within close proximity to each other. We had amazing wildlife viewing opportunities (a family of Mountain Goats, close encounters with dozens of Big Horn Sheep, plus Pronghorn, Bison, Golden Eagle, Bald Eagle, thousands of migrating Broadwing Hawks) and amazing sunrise and sunset opportunities nearly every day.

Although the total time was short, we felt that we were away and able to return home energized and inspired. 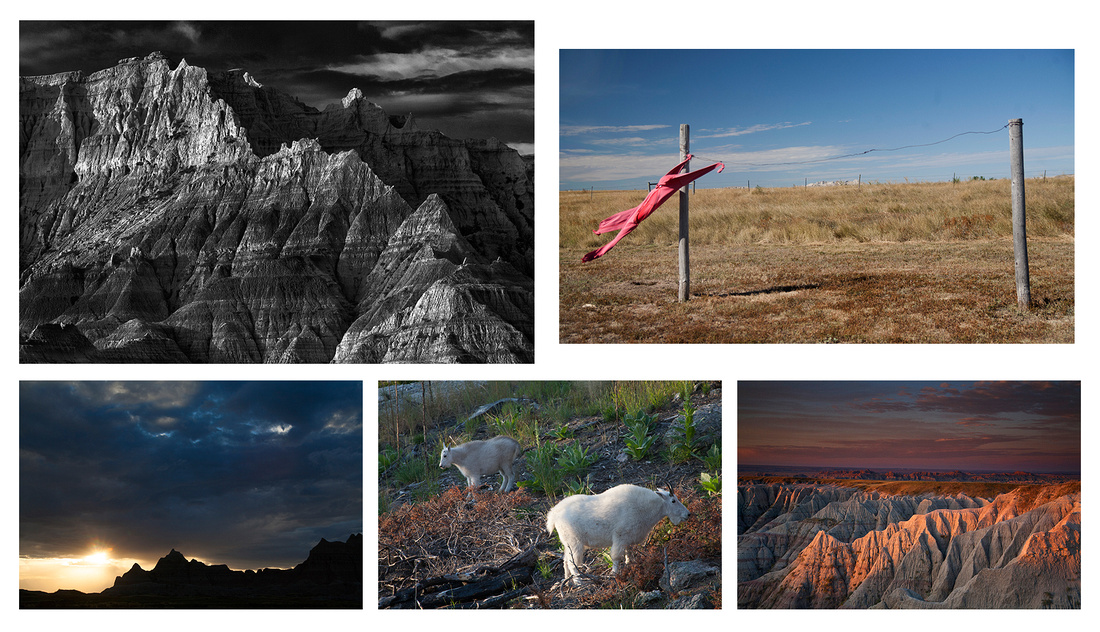 Finding small pockets of time to enjoy photography is becoming a specialty! In this second post about "mini-vacations", I take another look at packing in a ton of opportunity into a seemingly impossible short period of time.

I am fortunate to work a block and a half from one of North America's premiere Japanese gardens - the Anderson Japanese Gardens in Rockford, Illinois. A quick after-work 90 minute trip with a colleague became another outing that a great deal can be found near where we live or in this case, work.

It's amazing what 90 minutes of Zen does for one's outlook... 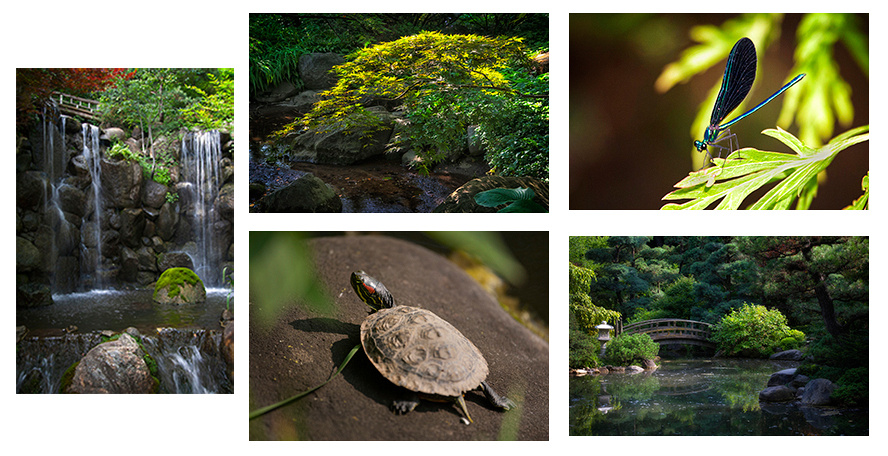 Explore your own backyard!

Embarrassing as it is, after 20 years in our home, we recently learned of a little forested glen in our neighborhood at the edge of our neighbor's backyard. We never knew this place existed since we don't make a habit out of hiking our neighbors' yards... However, this glen is a common area in the subdivision, with no marker at the one entrance and a relatively obscure marker at the opposite end. So, while we travel miles to see a little slice of nature, we now have a hidden forest within feet of our front door. Check out more photos here.

Every now and then, nature does something that's inexplicable. In the case of the moving rocks at the Racetrack playa in Death Valley National Park, rocks at the southeastern section of the dried lake bed leave tracks, some stretching for a quarter mile. At first, this would seem to be made by humans because - of course - rocks don't move by themselves. But when standing on the rock-hard lake bed, the surface is almost impenetrable. So, how do the rocks make their tracks? Nobody knows...for sure. The most likely cause is a sequence of events that is something akin to the revealing of a magic trick.

First, the stones naturally tumble off the mountains that surround the lake bed. Although Death Valley is the driest spot in North America, the Racetrack does receive a small amount of rain in the winter months. The lake bed fills with a shallow layer of water which them freezes, trapping the rocks in a large, thin sheet of ice. As temperatures warm in early spring, winds are thought to move the ice sheets with the rocks still frozen in place. The rocks make contact with the now softened lake bed, creating scars or "tracks" in the lake bed. Once dry, the lake bed rehardens, capturing the scars for years to come. The effect is other worldly - sometimes making the rocks appear as though they are racing and sometimes crossing each other's paths.